This Thematic Area will group sessions oriented to discuss exogenous processes taking place at the Andean Margin, including: weathering, erosion, transport and deposit of sediments in active basins both sub-aerial and sub-marine (marine geology); landscape characterization and evolution from the perspective of quantitative and qualitative morphological analysis; acquisition, processing and analysis of digital elevation models and/or drone, plane and satellite data; mountain glaciers and periglacial processes, and their interaction with other geological processes; the study of desert zones, zones with scarce hydric resources; climatic-meteorological constrains in extreme exogenous processes; Late Cenozoic geomorphological evolution of the landscape and its link with Andean tectonic processes. 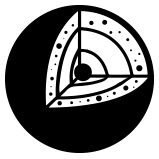 The construction of the South American continent through amalgamation of cratons and other lithospheric blocks, along with evolution of the Andean margin will be approached from a magmatic and metamorphic perspective in this Thematic Area. Session proposals that integrate petrological, petrophisycal, geochemical, geochronological and field data in order to constrain crustal evolution and its interaction with the subcontinental lithospheric and sub-arc mantle will be welcomed. Other aspects than can be covered in this area are the characterization of orogenic cycles and temporal and spatial scales of subduction processes and crustal recycling.

The Andean Cordillera, as an archetype of orogenic belts build on ocean-continent subduction zones, is the center of sessions proposed to this Thematic Area. These sessions should deal with the internal structure and temporal evolution of the Andean margin from a geodynamic perspective, with emphasis on processes dominating the pre-Andean (pre-Jurassic) and Andean (Jurassic-Recent) orogenic cycles. We expect session proposals integrating geologic and geophysical data to analyze the tectonic force balance behind the present-day Andean belt, as well as the tectono-stratigraphic and structural evolution of the different orogenic cycles and their geodynamic context.

The Chilean Subduction Zone has nested different styles of seismic activity, including some of the largest interplate earthquakes worldwide. This Thematic Area will include sessions relative to multidisciplinary studies (geodesy, seismology, geology) about: the seismogenic segmentation of the megathrust and/or crustal fault systems at different spatial-temporal intervals; paleoseismology and neotectonics of active crustal faults and the assessing of its seismogenic potential; recent large Chilean earthquakes (e.g. the Maule 2010, Iquique 2014, Illapel 2015 and Chiloé 2016 earthquakes).

Sedimentary basins developed during the evolution of the Andean margin include a unique and particular record of geological processes related to their creation, structuring, burial and exhumation. This Thematic Area will be devoted to sessions that: allow an integral analysis of the stratigraphy, sedimentology, environments and paleontological record of individual sedimentary basins or that perform comparative analyses between different basins; present new fossiliferous findings and their geological context and/or (re)define stratigraphic units based on new evidence; analyze particular sedimentary environments from a petrographic, petrologic and/or geochronologic perspective. This Thematic Area will accept sessions related to the sedimentological aspects of Marine Geology.

This Thematic Area is reserved to session proposals that involve new lines of research associated with emergent fields of geosciences or that explore boundaries with other sciences, and therefore are difficult to group into other Thematic Areas. Sessions presenting important methodology innovations within established disciplinary areas will be also welcomed. Some examples of potential sessions are: planetary geology, meteoritics, astro-bio-geology; biogeochemical cycles; geomedicine; information and communication technologies for geology; use of drones in geological mapping, etc.