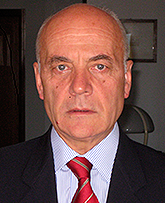 Guido Cappetti is a chemical engineer from the University of Pisa. He currently serves as CEO of Geotérmica del Norte S.A. (GDN), a company formed by Enel Green Power Chile and state-owned Enap, with the objective of exploring and developing geothermal resources in Chile. Under his direction, the company carried out the Cerro Pabellón project, the first geothermal plant in the country and in South America, inaugurated in 2017. Since his arrival at Enel in 1976, Guido has participated in the development of numerous geothermal projects in different countries, including Italy, Greece, the United States, Indonesia, Bolivia, El Salvador and China. Between 2001 and 2004 he served as president of the International Geothermal Association and during his career has published more than 40 scientific studies.